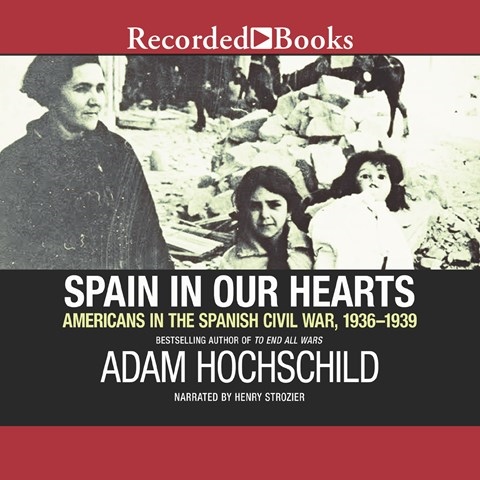 The brutal Spanish Civil War, which rocked Spain from 1936 to 1939, inspired not only Spaniards to take up arms, but also many foreign volunteers who came to offer their assistance, among them many Americans, including Ernest Hemingway, along with the English, including George Orwell. Narrator Henry Strozier has a rich, authoritative baritone, and his straightforward, no-nonsense delivery encapsulates the tough realities of this divisive war as he recounts the personal narratives of some of the American volunteers. Strozier's rugged and unadorned voicing is a great fit for this story of the struggle against fascism that divided a nation and foreshadowed the battles that Europe as a whole would soon face in WWII. S.E.G. © AudioFile 2016, Portland, Maine [Published: MAY 2016]