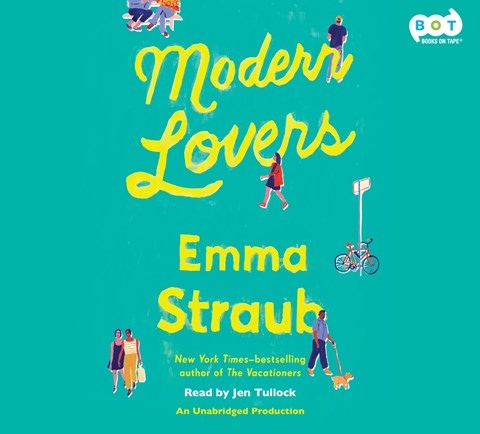 Elizabeth, Andrew, and Zoe were friends and bandmates in college. Now Elizabeth and Andrew have a son, and Zoe, with her wife, Jane, has a daughter. Jen Tullock narrates in steady, harsh tones, emphasizing all the vulgar language that punctuates the dialogue in this novel. Elizabeth, Andrew, and Zoe, now in middle age, are asked to license the rights to one of their tunes, a development that threatens to break apart their long friendship. Tullock's narration lacks variation and barely differentiates the characters--so much so that the story is difficult to follow. Her uninflected performance makes it impossible to figure out who is describing the band's history or a broken relationship. M.B.K. © AudioFile 2016, Portland, Maine [Published: SEPTEMBER 2016]