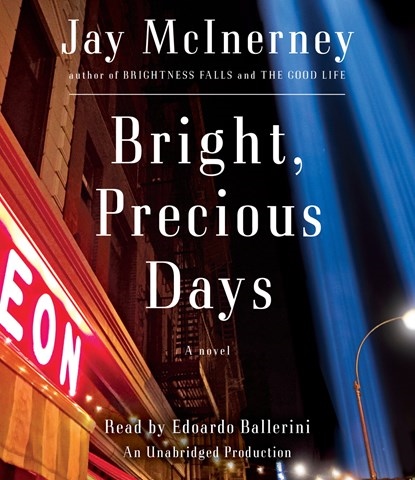 The author of the bestselling BRIGHT LIGHTS, BIG CITY (1984) looks at the elites who move through the art galleries and book parties of New York City. Narrator Edoardo Ballerini knowingly affects the accents and vocal rhythms of Corrine and Russell Calloway as they deal with the pressures of trying to maintain their lives as prices climb. Ballerini shines as he portrays Jack, a novelist with a distinct point of view who is discovered by Russell, an independent publisher. Jack is either the best thing that could have happened or a great risk. It’s 2008, and listeners—but not the Calloways—know what’s coming. McInerney is best at reflecting the lives of the beautiful people of Manhattan. Ballerini matches the tone of these sketches with a sharply honed delivery. R.O. © AudioFile 2016, Portland, Maine [Published: AUGUST 2016]