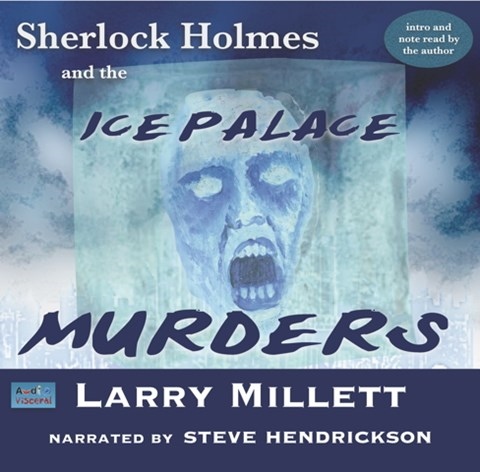 Larry Millett's compelling sequel to SHERLOCK HOLMES AND THE RED DEMON once again brings Sherlock Holmes and John Watson to St. Paul, Minnesota. Narrator Steve Hendrickson deftly shifts from American to English and Irish accents as he portrays the characters, including a Holmes who is warmer than the original and a Watson who is wittier and more confident. Hendrickson vividly delivers the book's descriptions of a Minnesota winter as the pair is called upon to investigate the murder of Jonathan Upton days before his wedding. Hendrickson's best creation is crafty Irish barkeep Shadwell Rafferty, who helps Holmes and Watson understand the alien land they find themselves in. An unanticipated and deeply moving conclusion will move listeners to tears. S.G.B. © AudioFile 2017, Portland, Maine [Published: APRIL 2017]