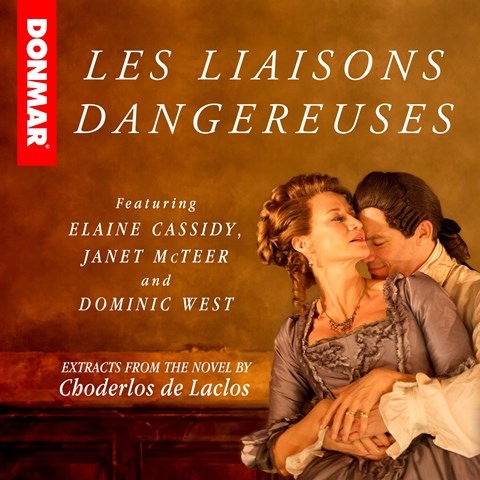 This audio production provides a master class in inhabiting character, interpretation of text, and vocal technique. Think that an abridgment of a modern English period drama based on an eighteenth-century French novel about a pair of amoral libertines who ruin their lovers for sport might not be your cuppa? You're not factoring in Janet McTeer's cello voice or outrageously seductive performance of the completely horrifying Mme. Mertuil; she is astonishing. Dominic West (think "The Wire"--did you know he is English?) is equally brilliant as Valmont. The supporting cast is terrific, the production values are stunning, and the adaptation of the play for audio is extremely deft, returning the play to its roots as an epistolary novel. Thrilling, really. B.G. Winner of AudioFile Earphones Award, 2017 Audies Finalist © AudioFile 2017, Portland, Maine [Published: MARCH 2017]