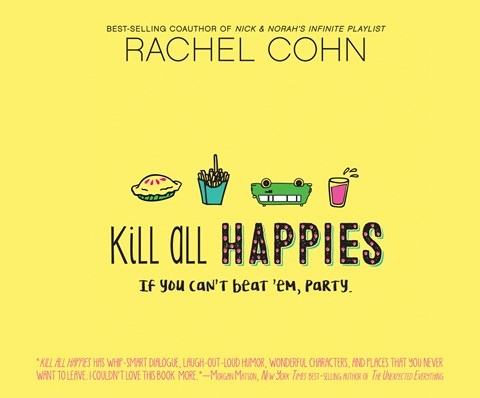 Lauren Ezzo narrates a campy romantic comedy about a high school student, Vic, who is planning the most epic after-graduation party the small town of Rancho Solado has ever seen. She also plans to hook up with her best friend's brother, Jake. The party is held at Happies, a longstanding restaurant in the town, before it closes for good. The party must be kept a secret from Miss Thrope, a teacher, who will pull the plug if she finds out. Ezzo succeeds in showcasing the emotions of the colorful characters. Listeners will especially appreciate her portrayal of Vic, who evolves from a rebel who wants to run away to a more mature teen who must say goodbye to her childhood as she moves forward to adulthood. G.M. © AudioFile 2017, Portland, Maine [Published: OCTOBER 2017]