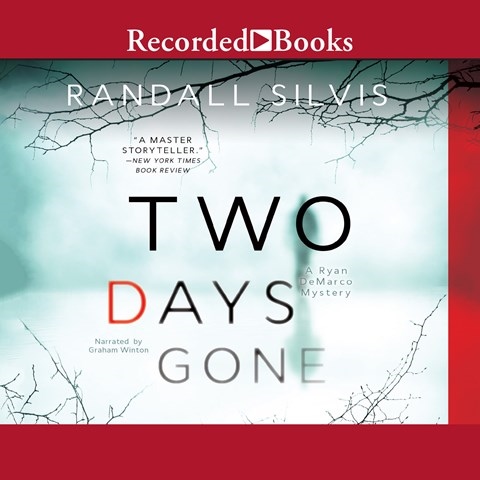 At the center of Silvis's very fine and sad thriller are two men who are trapped in what they've lost. Narrator Graham Winton never lets his performance slide into a dirge, which is a blessing for listeners. Sgt. Ryan DeMarco, alone and lonely after his own tragedy, is on the trail of Thomas Huston, a writer and professor who is on the run after the savage murder of his wife and children. Why would Huston do it? Did he? His family seemed so perfect. Winton's narration is straightforward and quite good. He captures the pain of both the protagonist and antagonist without being maudlin or sappy and handles the humorous baiting exchanges between DeMarco and his boss nicely. Well worth a listen. G.S.D. © AudioFile 2017, Portland, Maine [Published: JULY 2017]