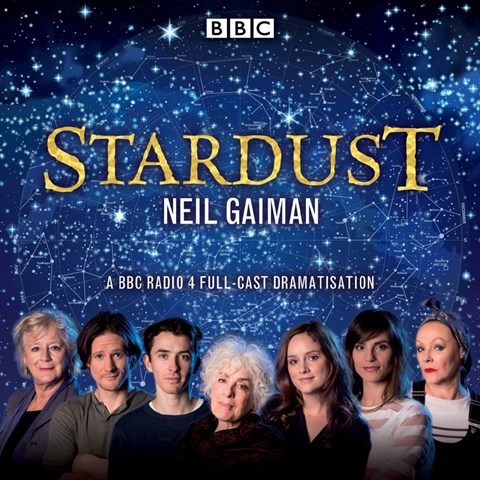 Setting out to capture a star he sees fall in the distance, a young man crosses the wall between his village and a fairyland. Little does he know that the star is enchanted. With plenty of moxie and cheek, young English actors Sophie Rundle and Matthew Beard portray the, literally, star-crossed lovers in one of Neil Gaiman's breeziest confections. As he does with all of his many BBC productions, award-winning director Dirk Maggs has created a rich landscape of sound effects and close recording techniques that will make listeners feel as if they're right in the middle of the action. As an extra bonus the wonderful Eleanor Bron, who appeared in the Beatles' movie HELP in 1965, narrates with a storyteller's ease and generosity. B.P. © AudioFile 2017, Portland, Maine [Published: MAY 2017]