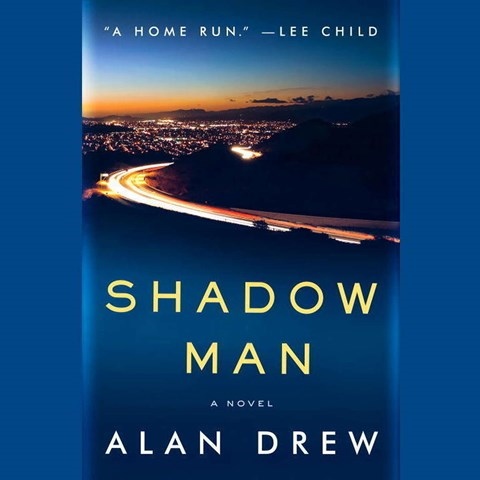 by Alan Drew | Read by Will Damron

Caught between his drive to catch a serial killer and his need to hide secrets from his past, Detective Ben Wade is a complicated man. Narrator Will Damron keeps listeners engaged as he paints a picture of the fear caused by the Shadow Man and a secondary investigation of a local swim coach. The story takes place in the late 1980s in Southern California, before DNA databases, smartphones, and social media. Yet many of the issues addressed, including illegal immigration and criminal cover-ups, are still timely. Told from the alternating perspectives of Detective Wade and forensics specialist Natasha Betencourt, this police procedural is ultimately about the power of truth and the inability to escape one's past. K.S.M. © AudioFile 2017, Portland, Maine [Published: SEPTEMBER 2017]