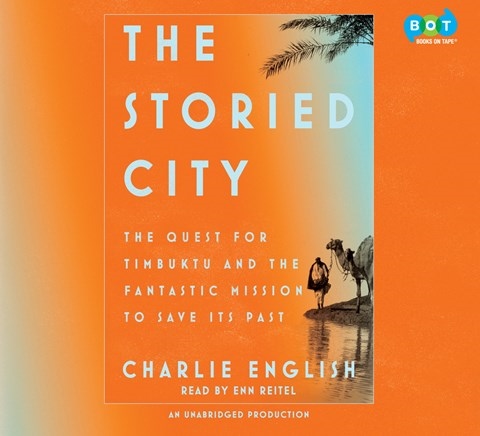 Enn Reitel narrates two parallel stories: one, a history of the city of Timbuktu, a place that has long conjured myths and assumptions in the minds of Westerners; and the other, the 2012 jihadi takeover of the city, which put many thousands of ancient historic manuscripts at risk, prompting librarians to organize the evacuation and hiding of the fruits of this productive civilization. Reitel's intelligent, considered delivery, with light vocal inflections to distinguish local accents, contributes to the listener's understanding and adds suspense when describing the tension of recent historical events and the questions that remain over what really happened. Reitel's combination of clear tone, comfortable pacing, and vocal variation help the listener to absorb this exhaustively researched work. S.E.G. © AudioFile 2017, Portland, Maine [Published: JUNE 2017]