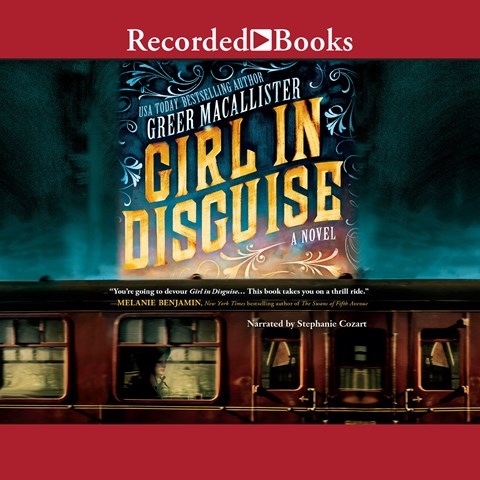 Stephanie Cozart's enthusiastic narration captures the perkiness and determination of a real-life young widow who broke gender and social barriers in the 1850s as the first female Pinkerton agent. Although details of Kate Warne's life are limited by records lost to the Great Chicago Fire, Macallister adds veracity to this re-creation by imagining Warne's actual cases. Use of first-person storytelling also lends authenticity and a touch of intimacy to the account. Despite stilted dialogue, Cozart's clear delivery moves the book smartly along. Her attempts at male voices fall short, but she delivers accents convincingly and reveals a lovely singing voice with a haunting rendition of an Irish folksong. This is an intriguing and informative glimpse of a unique slice of America's history. M.O.B. © AudioFile 2017, Portland, Maine [Published: MAY 2017]