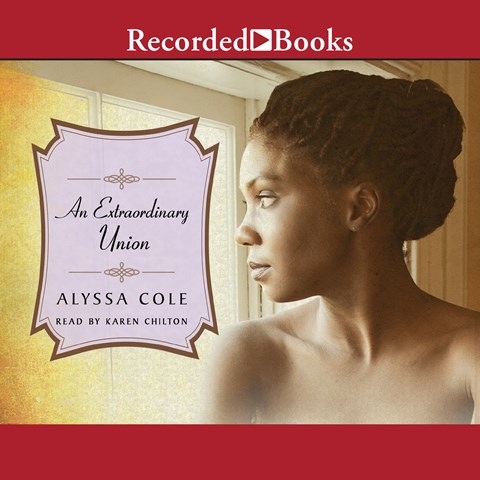 Narrator Karen Chilton uses a Southern drawl that evokes the region and its citizens. Elle Burns is a freed slave who now works for the Loyal League, using her eidetic memory to assist the Union Army's campaign. She feels both surprise and desire as she reluctantly falls for Scottish American Malcolm McCall, another Union spy who is undercover in Richmond. Chilton clearly depicts how Elle is torn between her deeply held convictions and Malcolm's courtesy and affection for her. Because Chilton doesn't adopt McCall's Scottish accent, her ability to fully characterize him is reduced, and his dialogue with Elle is often too similar to differentiate. In addition, numerous mispronounced words diminish the power of the production. C.A. © AudioFile 2017, Portland, Maine [Published: NOVEMBER 2017]