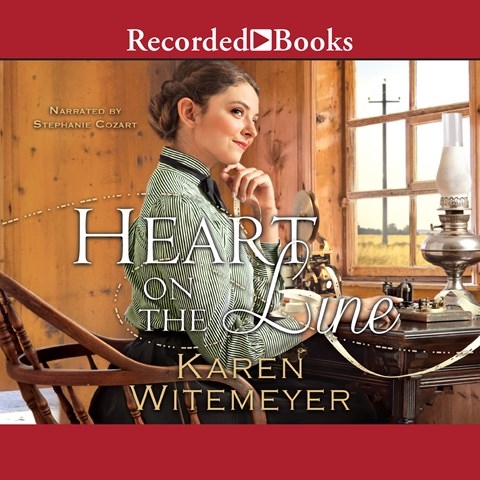 HEART ON THE LINE Ladies of Harper's Station, Book 2

Narrator Stephanie Cozart's delightfully quirky vocalizations of the women of Harper Station highlight the author's wit. After her father's murder over sensitive documents proving that the son of the town's wealthiest man is not the rightful heir to his father's millions, Grace Mallory takes the documents and seeks refuge in Harper Station, Texas. Working as a telegraph operator, she finds a bit of romance that lulls her into a false sense of security--until she discovers that the killer has found her. Although Cozart's portrayals of the male characters are sometimes inconsistent, her steadily paced performance and ability to deftly portray the emotional reactions of each character make this a fun listen. C.L.S. © AudioFile 2017, Portland, Maine [Published: OCTOBER 2017]