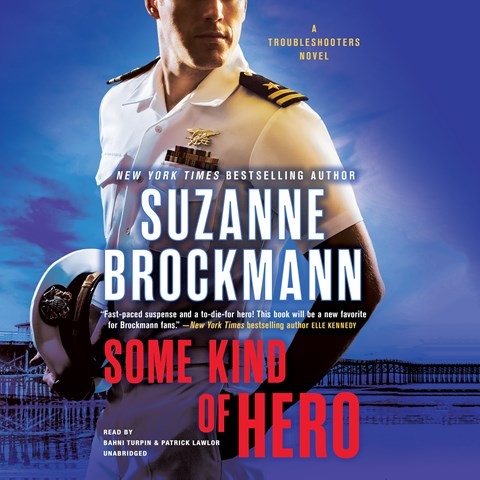 Dual narrators Bahni Turpin and Patrick Lawlor start off with a bang as hero Peter Greene jumps into Shayla Whitman's vehicle, urging her to "follow that car!" Peter's daughter has run away, and he thinks she's in the car that he persuades Shayla to pursue. The narrators divide the story, with Lawlor handling the predominately male points of view and Turpin the female ones. The listener can easily visualize Shayla through Turpin. Lawlor's narration adds to the humor of Brockmann's dialogue. For example, when Shayla, a writer, has an imagined conversation with one of her male characters, Lawlor provides his voice. Listeners who are familiar with the series will enjoy a visit from previous characters. Even those who aren't familiar will find this fun listening. S.B. © AudioFile 2017, Portland, Maine [Published: SEPTEMBER 2017]