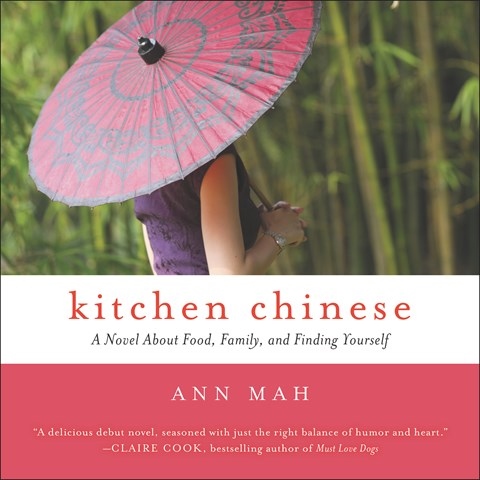 KITCHEN CHINESE A Novel About Food, Family, and Finding Yourself

Narrator Emily Woo Zeller's diverse accents set an international stage for this story about finding a sense of belonging. Zeller's softened tones bring out Isabelle Lee's loss of self-confidence when she's fired from her job. She decides to go to China, where she reconnects with her sister and explores her heritage and her identity as a Chinese-American. Zeller conjures the cultural melting pot of China and fluidly delivers the voices and accents of Australians, Americans, and Chinese. Her pronunciation is spot-on when speaking Mandarin and Cantonese, and without exaggeration she captures the accents and intonations of Chinese characters who are speaking English. Zeller's solid performance showcases a touching and thought- provoking story. M.F. Winner of AudioFile Earphones Award © AudioFile 2017, Portland, Maine [Published: AUGUST 2017]