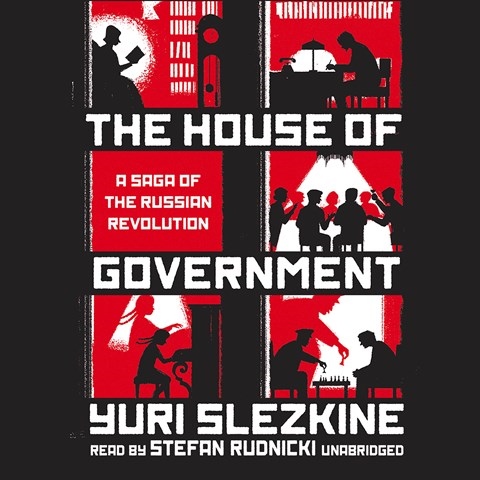 THE HOUSE OF GOVERNMENT A Saga of the Russian Revolution

Yuri Slezkine's massive work concerns the Russian Revolution and the Soviet social and governmental experience. This history is organized around the context and framework of "The House on the Embankment"--a large apartment complex in which Party faithful lived, shuffling their units of occupancy based on their evolving standing within the Party. The steady and confident Stefan Rudnicki uses an arsenal of skillful techniques that enhance his affecting bass voice. His delivery of the narrative has a Russian tinge, and he adds occasional characterizations when delivering quotations or the direct opinions of characters. While the work is exhaustively researched, there's little question that tighter editing would have strengthened the listening experience. Only those with a focused interest in this slice of history will likely enjoy this--despite Rudnicki's heroic efforts to lure the listener's sustained interest. W.A.G. © AudioFile 2017, Portland, Maine [Published: SEPTEMBER 2017]