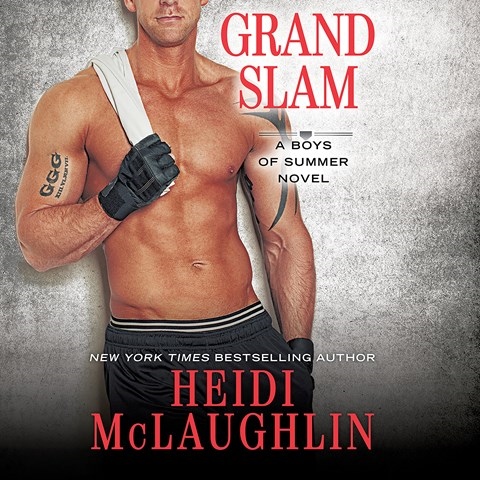 Ever since the night they spent together, Boston baseball hero Travis Kidd has been yearning to make Saylor Blackwell more than his publicist. When he's accused of a crime he didn't commit, she is his alibi--but will she risk losing her career and daughter to help him? Narrators Alastair Haynesbridge and Athena Pappas interpret alternating chapters with compelling precision. Travis, a popular, softhearted jock, and Saylor, a smart, serious publicist, sizzle as they struggle to clear Travis. Haynesbridge pulls in the listener with easy drawls, Boston accents, and balanced presentations of men and woman. Pappas ensures the story's authenticity with her interpretation of Saylor's daughter, Lucy, and their bond. Haynesbridge and Pappas make Heidi McLaughlin's sexy romance a fantastic listen. S.H. Winner of AudioFile Earphones Award © AudioFile 2017, Portland, Maine [Published: DECEMBER 2017]