Home»Reviews»THE SCOTSMAN WHO SAVED ME 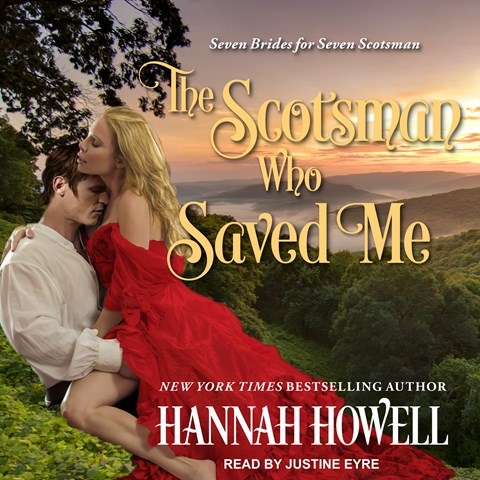 THE SCOTSMAN WHO SAVED ME Seven Brides/Seven Scotsman, Book 1

Not even multiple AudioFile Earphones Winner Justine Eyre's fine acting abilities and facility with accents can carry this formulaic and slow-moving story. Beautiful Lady Emily Stanton and her young nephew are the only survivors of an attack on her family. Handsome Scotsman Iain MacEnroy, one of seven equally strapping brothers, rescues her, and, to his surprise, finds himself attracted to her despite his brutal experiences with the English. Will he be able to come to grips with his prejudices and give their growing affection a chance? Eyre's aristocratic English and Scottish accents are well done and believable. Unfortunately, the story is not. A.C.P. © AudioFile 2018, Portland, Maine [Published: APRIL 2018]