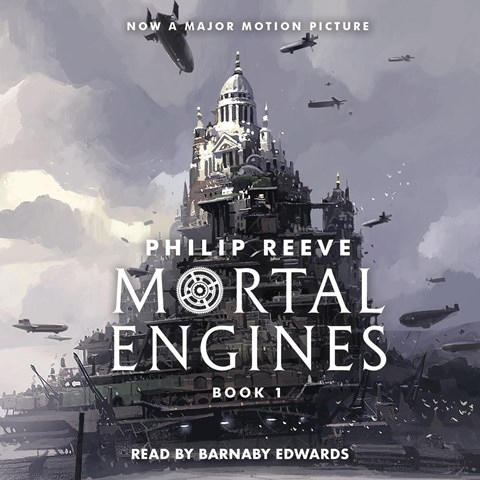 Narrator Barnaby Edwards is fully a partner in the world-building of this exciting young adult novel. In the far future after a terrible war, mobile cities brutally consume each other for resources in a system called "Municipal Darwinism." Edwards establishes voices for highborn Londoners, who live in luxury on the city's top tiers, and differentiates them from the workers who toil away in the Gut. He creates diverse accents for the aviators, pirates, Anti-Traction League spies, and other characters who hail from locations around the globe. And he adopts a terrifying hiss for a Stalker, a half-man, half-machine relic of the long-ago war. As a young woman tries to avenge her parents' deaths and London unveils a devastating new weapon, Edwards's narration carries listeners along on the breathless adventure. J.M.D. © AudioFile 2018, Portland, Maine [Published: DECEMBER 2018]