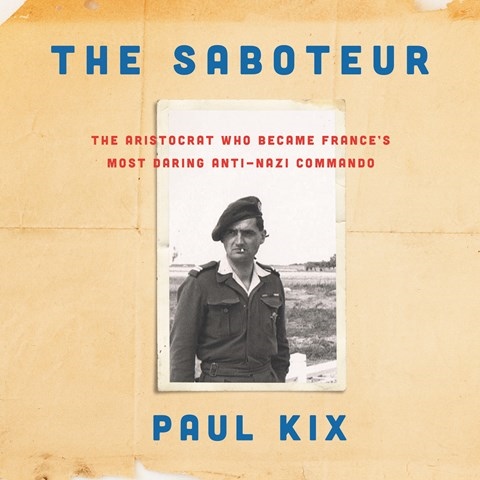 The story of Robert de La Rochefoucald, a French aristocrat turned anti-Nazi saboteur during WWII, reads like a novel--and that's exactly the way Malcolm Hillgartner narrates it. He adds no false drama. The story is compelling by itself. His steady pace keeps listeners engaged, but he varies it ever so slightly at times for variety and impact. His facility with French names and places also keeps the reading flowing. His somewhat somber voice adds exactly the right atmosphere to this story, in which one wrong step by the Frenchman can mean death. Hillgartner also narrated WHEN PARIS WENT DARK--about the Nazi occupation of the city. This latest audiobook offers a nice complement. R.C.G. © AudioFile 2017, Portland, Maine [Published: DECEMBER 2017]