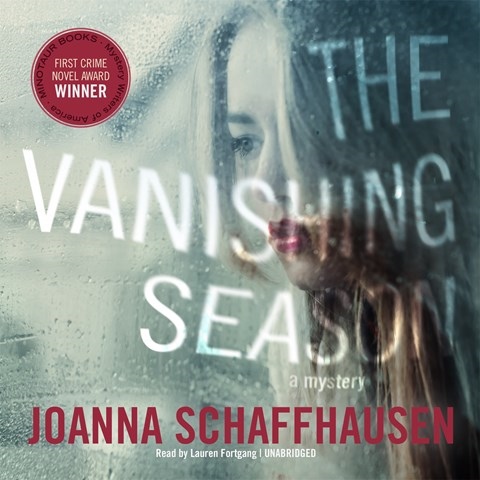 Lauren Fortgang narrates this suspenseful debut thriller. Ellery Hathaway, a small-town cop in Woodbury, Massachusetts, has a big secret. Unbeknownst to her community but revealed to listeners early on, Ellery, formerly Abigail, was kidnapped 14 years earlier by an infamous serial killer. FBI Agent Reed Markham cracked the case, and Ellery survived to start a new life. But now a series of disappearances in Woodbury could be connected to Ellery's traumatic past, and she calls on Markham, who has his own issues, for help. Fortgang trips over a few accents but is otherwise effective. She finds a nice balance between Ellery's sadness for her stolen childhood and her resolve to move on. Ellery and Markham's platonic relationship is the story's driving force, and it sounds entirely authentic, especially as voiced by Fortgang. A.T.N. © AudioFile 2017, Portland, Maine [Published: DECEMBER 2017]