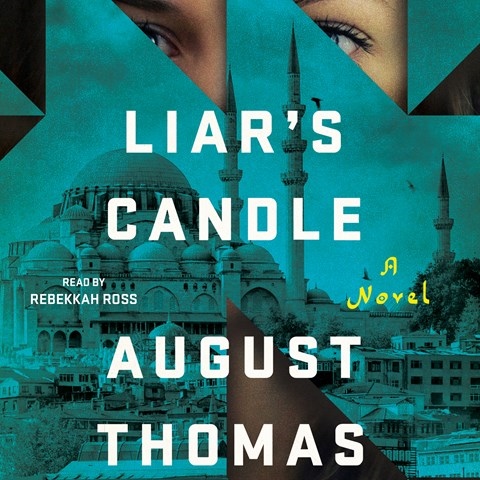 Narrator Rebekkah Ross delivers a satisfying narration of Thomas's debut novel. After a terrorist bomb attack, Penny Kessler, a 21-year-old intern at the U.S. Embassy in Turkey, wakes up in a hospital. Her friend, Zach, has disappeared, but before the State Department can question her about him, she is forcibly removed from the hospital by the Turkish government. While Ross has difficulty creating credible male voices, her characterizations are fine. However, the plot asks listeners to suspend disbelief a bit too often. Ross picks up the pace as Penny's exploits continue, including daring escapes in which Penny shows incredible ingenuity. Ross's confusion sounds genuine when Penny suddenly finds herself on everybody's hit list, even her own government's. S.J.H. © AudioFile 2018, Portland, Maine [Published: AUGUST 2018]