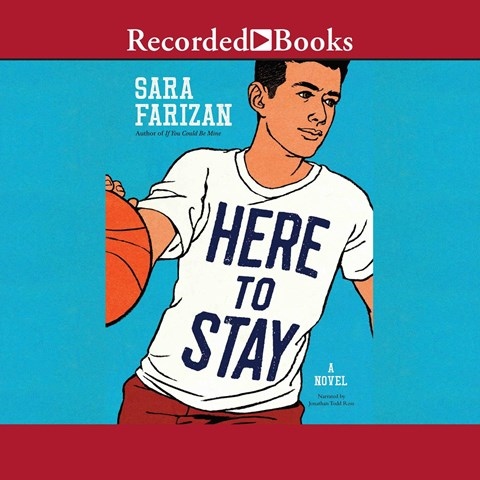 Narrator Jonathan Todd Ross delivers a relevant and timely story about bullying, Islamophobia, and racism. Bijan Majidi is a nerdy junior varsity jock at the Granger School in Boston. After winning a playoff game, he finds himself part of the popular group at Granger. However, he discovers that not everyone is thrilled about him when he receives an anonymous email with his picture photoshopped to look like a terrorist. Ross's powerful voice perfectly reflects Bijan's personality. In some instances, however, he fails to make the female characters' voices distinct. Since the audiobook has basketball elements to it, Ross also delivers a lively sports commentator's play-by-play every time Bijan becomes pensive. Teens aren't the only ones who will appreciate this listen. A.C. © AudioFile 2019, Portland, Maine [Published: JANUARY 2019]