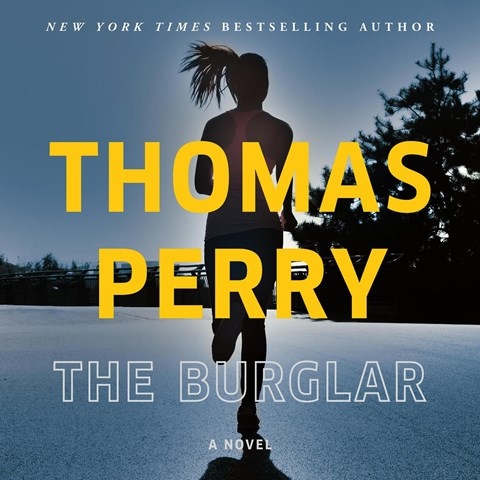 Narrator Christina Delaine effectively captures the strength, confidence, and smarts of Elle Stowell, the burglar at the center of Perry's latest audiobook. In the course of her well-planned burglary of a wealthy Los Angeles home, Elle comes upon a brutal murder scene and suddenly finds herself the target of a militaristic security force. She decides that she has to solve the murder and provide incontrovertible proof to the authorities of what's really going on. Listeners will find themselves cheering for the burglar as she is a relative hero compared to those intent on her demise. Delaine's tempo and ability to convey Elle's tension and resolve make for a highly engaging listening experience even when the plot stretches the limits of credulity. E.Q. © AudioFile 2019, Portland, Maine [Published: MARCH 2019]