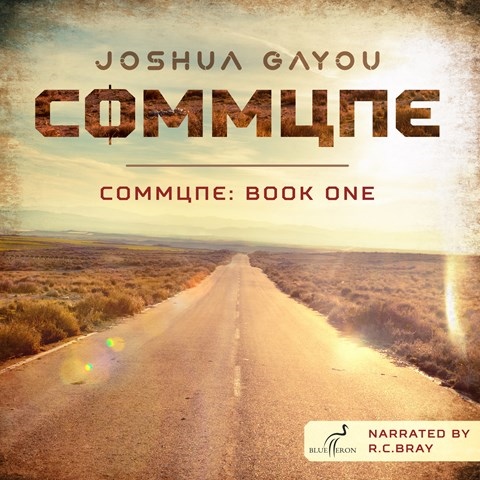 In a tough tone, narrator R.C. Bray captures the doubt, hope, and strength a person might feel when thrust into a world turned upside down. It's familiar territory for fans of postapocalyptic chronicles. The destruction of humankind's fragile infrastructure by a massive electromagnetic solar flare is followed by a suspect and deadly pandemic. The story is told in a series of recollections that sound like interviews. The story's precise, realistic attention to detail makes this audiobook stand out. What firearms will be best? What canned foods will last? Where can one find drinkable water? By the end of this first volume, a woman, her daughter, and a reluctant leader have formed the core of their commune, and the adventure has only just begun. B.P. © AudioFile 2019, Portland, Maine [Published: FEBRUARY 2019]