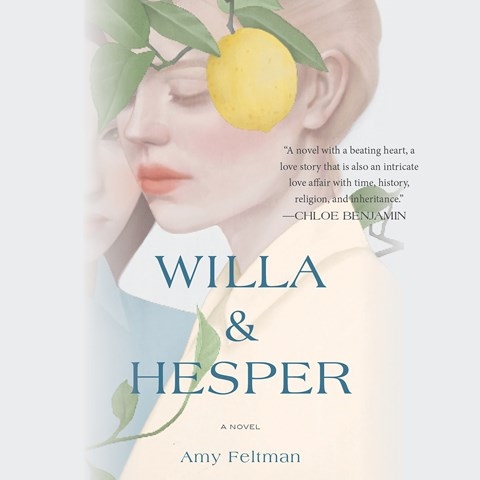 This story is told in chapters from the first-person perspectives of the protagonists, and narrators Dara Rosenberg and Christine Lakin adeptly create a well-crafted and seamless listening experience. It's a delicate, minutely observed account of a short-lived but intense romance between two women in their twenties, Willa and Hesper. Rosenberg and Lakin each voice Jewish graduate student Willa with a sweet, slightly uncertain tone, while the younger Hesper has a more distanced inflection with a deeper vocal timbre. The first few chapters are essentially a conversation between the two protagonists until their breakup sends them on different paths--Willa starts on a tour of Holocaust sites in Germany, and Hesper goes on a family trip to uncover her grandfather's history in the country of Georgia. M.J. © AudioFile 2019, Portland, Maine [Published: APRIL 2019]