Home»Reviews»WHAT YOU HAVE HEARD IS TRUE 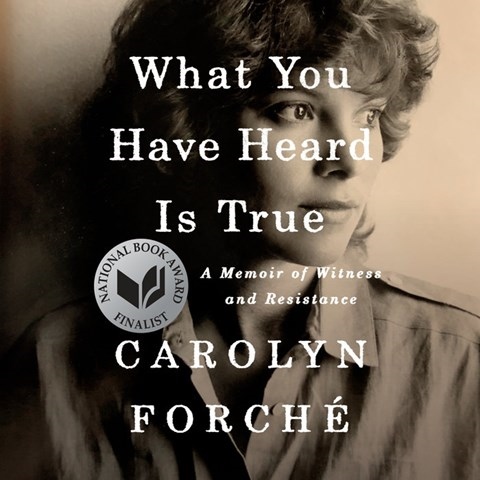 Carolyn Forché narrates her in-depth audiobook, which offers a historical retrospective on how the U.S. supported the Salvadoran persecution of dissidents in the 1980s. At that time, the journalist unsuccessfully tried to wake Americans up to the atrocities being committed by the government against its own people. Her narration is deliberate, professional, and measured, despite covering a range of harrowing topics. Forché's reserve is admirable, especially when one considers that much of what she recounts are acts of violence witnessed with her own eyes. This title will rivet those seeking to learn more about U.S. diplomacy in Latin American. M.R. © AudioFile 2019, Portland, Maine [Published: NOVEMBER 2019]