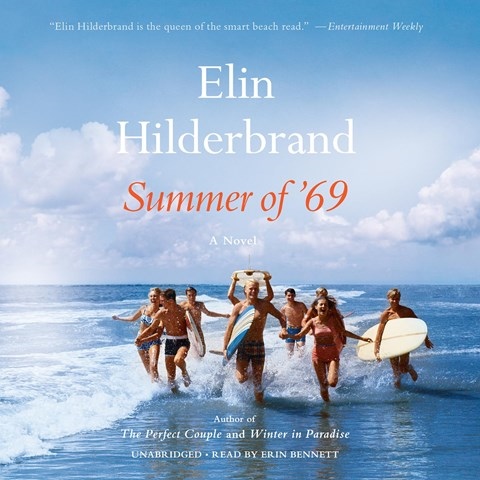 Erin Bennett's narration captures each major character in this novel featuring five females in the same family. During the fateful summer of 1969, major events occur in the nation, and each character is uniquely affected. Whether she's voicing the oldest, grandmother and matriarch Exalta, or the youngest, 13-year-old Jessie, Bennett deftly delivers the emotions of that era. One daughter is married to a member of the team working on the moon landing; another works at the inn where Ted Kennedy stayed before Chappaquiddick. Racial and religious prejudices are abundant, forcing people to examine their values and actions. Looming over everyone's lives is the cloud of Vietnam. This audiobook captures it all and brings listeners back to that time with each chapter. B.S. © AudioFile 2019, Portland, Maine [Published: SEPTEMBER 2019]