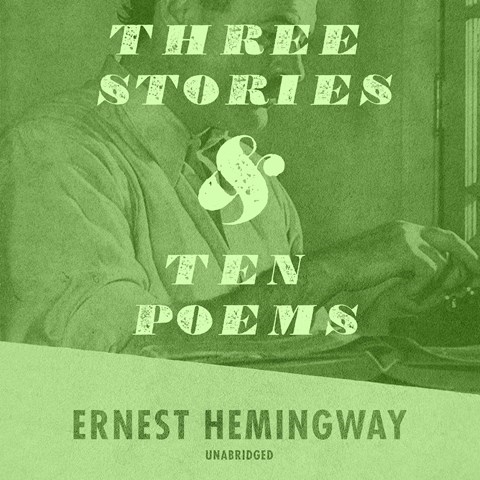 With his distinct resonant delivery and uniquely American vocal presence, Stefan Rudnicki is well suited to narrate some of the first published words of an American master. First published privately in 1923, with a limited run of 300 copies, these works touch on the themes Hemingway would return to again and again: man vs. nature, masculinity, and the personal ravages of war. In the collection's centerpiece, "My Old Man," Rudnicki deftly blends the innocent tone of a 12-year-old boy who is trying to fathom the death of his father and the terse, straightforward style that would make Hemingway one of the most important literary figures of the twentieth century. B.P. © AudioFile 2019, Portland, Maine [Published: AUGUST 2019]