Home»Reviews»A ROOM WITH A VIEW 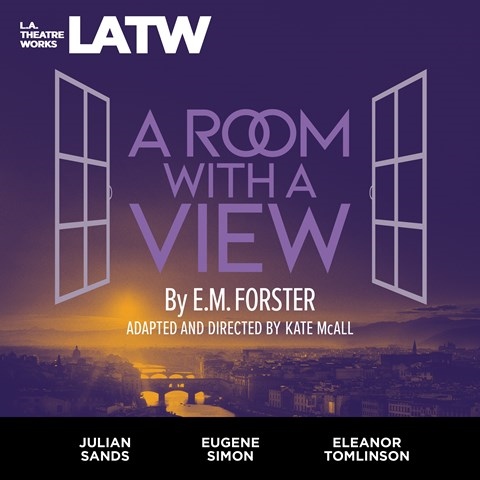 A ROOM WITH A VIEW

E.M. Forster's 1908 romantic satire about Brits of the middling upper crust is famously sharp, funny, silly, and benevolent. L.A. Theatre Works' scripted adaptation honors all of the novel's best qualities, with a slight emphasis on the plot's silliness, which shrouds but does not obliterate Forster's social commentary. No matter how you listen--for madcap froth or to skewer bourgeois pretentions--there is much to relish in this production about Britons abroad and at home. Eleanor Tomlinson's Lucy is naïve and sincere; Julian Sands, who played young George in the 1985 film, returns believably as George's bluff, kind father. Eugene Simon does a soulful turn as George. Rosalind Ayres's Aunt Charlotte is heartbreakingly snobbish. And Matthew Wolf's Cecil Vyse is perfectly pompous. Enjoy. A.C.S. © AudioFile 2019, Portland, Maine [Published: AUGUST 2019]