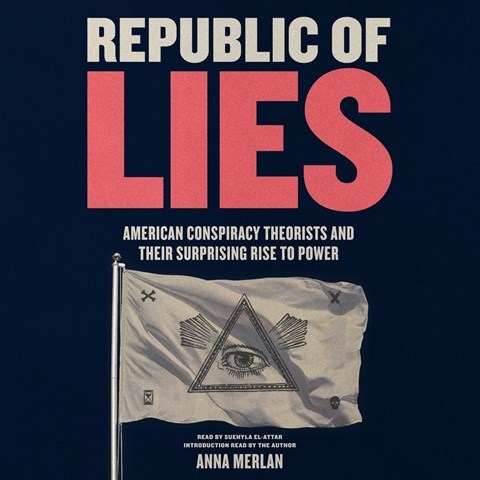 If you believe that the queen of England deals drugs or that Hillary Clinton runs a child pornography ring, this audiobook is not for you. Narrator Suehyla El-Attar channels, and amplifies, the author's bewilderment, disappointment, and occasional flashes of anger as she documents the threats to our fragile democracy from conspiracy theorists (CTs). El-Attar smoothly transports listeners through the terminology, psychology (CT's may be predisposed to believe, and once they do, they adhere to their theories like religion), sociology , and politics (even liberals have conspiracy theories-- the levees were bombed during Katrina; the president is Putin's "Creamsicle-hued puppet"). This well-produced audiobook is also well researched, and well intentioned. Unfortunately, for non-CTs, the overall effect is, well, depressing. R.W.S. © AudioFile 2019, Portland, Maine [Published: JULY 2019]