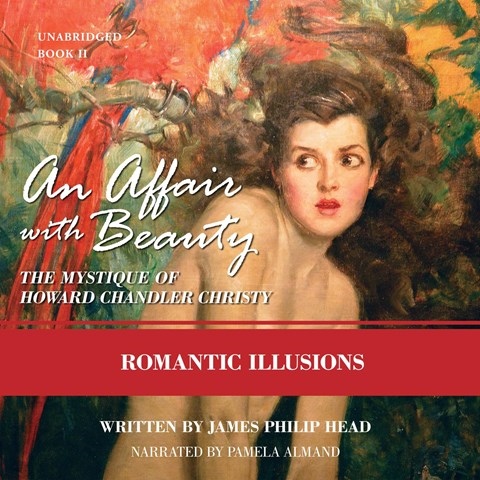 AN AFFAIR WITH BEAUTY The Mystique of Howard Chandler Christy

Narrator Pamela Almand performs this fascinating fictionalized biography of Howard Chandler Christy, one of the most popular illustrators of the late nineteenth and early twentieth centuries. Christy drew images of the Spanish-American War for newspapers and magazines, his "Christy Girl" fashion models, and, most especially, the upper classes of New York. Almand modulates her soft voice to distinguish between the sweeping narrative and biographical background, and between Christy's words and memories as recounted by his second wife, Nancy Palmer. Almand's placid performance is interrupted by dramatic accounts of Spanish-American War battles and the 1913 flood in Ohio.The biography includes an extensive author's note and the recitation of photograph and illustration captions (without an image file) at the end of the audiobook. M.B.K. © AudioFile 2019, Portland, Maine [Published: AUGUST 2019]