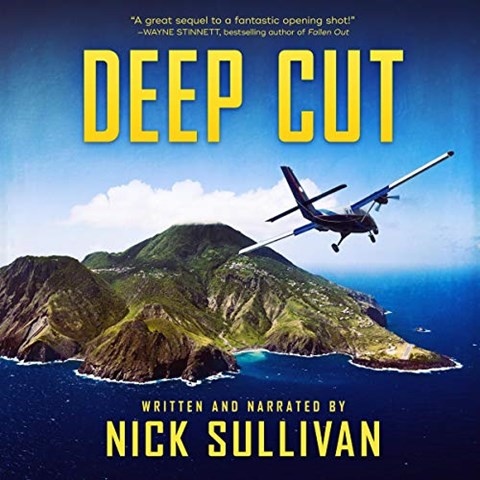 The first voice listeners hear is a British-accented mumble from Emily, who's bantering with Boone, her mate in love and diving. They are just two of the distinctive voices Nick Sullivan creates as narrator. He handles accents and character work smoothly, making the people in his story set on the Dutch island of Saba as interesting as the adventure. His triumph is the voice he gives to the killer, whose tone switches between rage and eerie calmness as Sullivan delivers his troubled thoughts. Sullivan mostly narrates with a gentle touch, speeding up his voice to emphasize the action, which builds to a life-or-death confrontation during Hurricane Irma. J.A.S. © AudioFile 2019, Portland, Maine [Published: JUNE 2019]