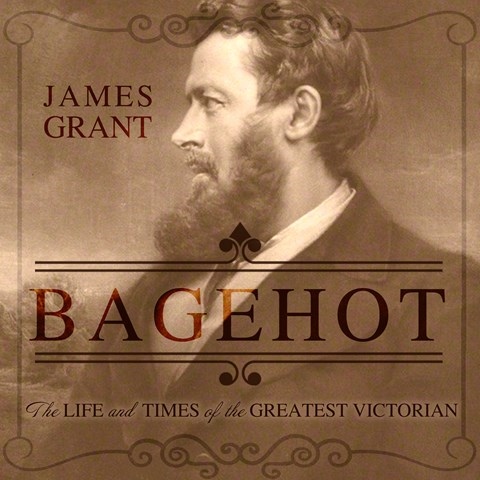 BAGEHOT The Life and Times of the Greatest Victorian

For those with a serious interest in the evolution of banking, this audiobook is a must-listen despite narrator Jonathan Cowley's lack of engagement. Walter Bagehot (pronounced "badget") was one of those multitalented Victorians whose ideas have continued to echo in the present. Although he also wrote biography, literary criticism, and political analysis, this audiobook focuses on his work as a financial writer and editor of THE ECONOMIST. There is little of his personal life in the biography; instead the work focuses on the evolution of the modern British banking system. Cowley delivers every sentence with the same cadence and overprecise diction, reducing the interest of the average listener. D.M.H. © AudioFile 2019, Portland, Maine [Published: DECEMBER 2019]