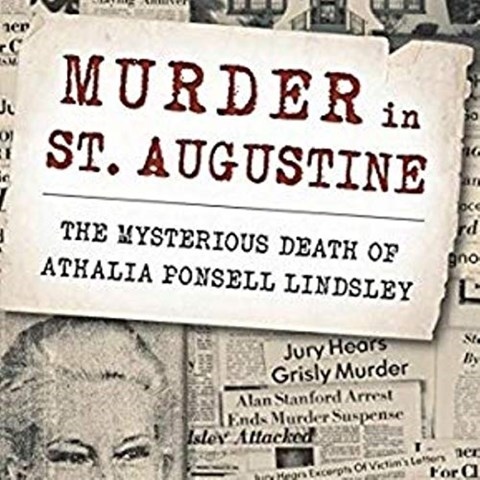 Charles Huddleston's sympathetic delivery intensifies this reexamination of a 1974 St. Augustine, Florida, murder case. Outspoken, intelligent Athalia Ponsell Lindsley was a woman ahead of her time. Her neighbor, city manager Alan Stanford, was tormented by her accusations that he had lied about his qualifications, and her barking dogs. Huddleston deftly presents resolute Lindsley and good old boy Stanford (and his cronies), who was acquitted of Lindsley's murder by near decapitation. Listeners learn that most households had a machete (the murder weapon) and hear social rank and small town prejudice openly expressed. A Southern accent is used only for quotations, while Huddleston's irony, asides, and overall tone perfectly convey the tragedy. The 2015 epilogue is moving, particularly the update on Stanford, which makes Lindsley's killing even more heartbreaking. S.G.B. © AudioFile 2019, Portland, Maine [Published: OCTOBER 2019]