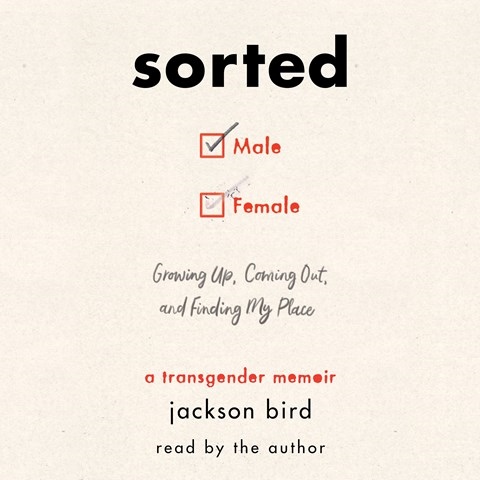 SORTED Growing Up, Coming Out, and Finding My Place (A Transgender Memoir)

Jackson Bird, a YouTube nano celebrity and professional Harry Potter fan, engages listeners as he recounts his personal journey as a bisexual trans man in the U.S. This memoir's title plays on the fictional Hogwarts Academy's sorting process for new students, an experience that mirrors Bird's own process of self-realization and self-acceptance. Originally released as a zine for Bird's "Free the Nipple" campaign supporters, his memoir has expanded to include accounts of his youthful attempts to navigate structured gender and identity expressions in Texas. Listeners will appreciate Bird's conversational tone as he describes his blossoming identity from his college years to the present. An accompanying PDF provides additional resources that acknowledge the personal nature of gender and sexual identities. J.R.T. © AudioFile 2019, Portland, Maine [Published: DECEMBER 2019]