Home»Reviews»ON THE CORNER OF HOPE AND MAIN 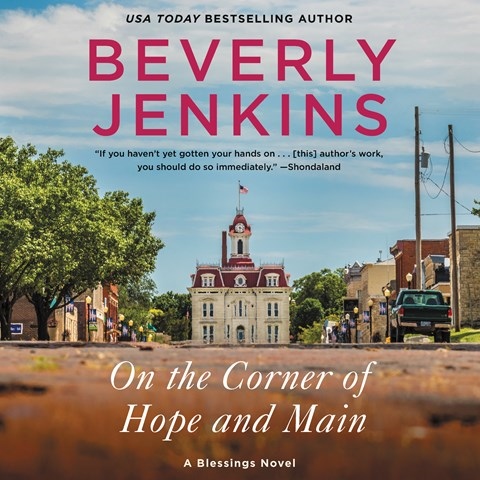 ON THE CORNER OF HOPE AND MAIN Blessings, Book 10

Lynnette R. Freeman narrates a soapy saga of life in Henry Adams, Kansas, where the only thing bigger than the drama is the hearts of the townsfolk. Freeman has a large cast of characters to work with, and standouts include her portrayals of Bernadine Brown, Reverend Paula, and Sheila Payne: Freeman reflects the confidence of Bernadine, who is coming into her own as the owner of the town, which she bought on eBay; the equanimity of Reverend Paula, who is at peace with her difficult upbringing; and the seething emotion of Sheila, who is tired of making herself small for the comfort of others. Less successful, however, are Freeman's portrayals of the numerous male characters, as they can be indistinguishable, which is frustrating because there are so many of them. K.M.P. © AudioFile 2020, Portland, Maine [Published: MAY 2020]