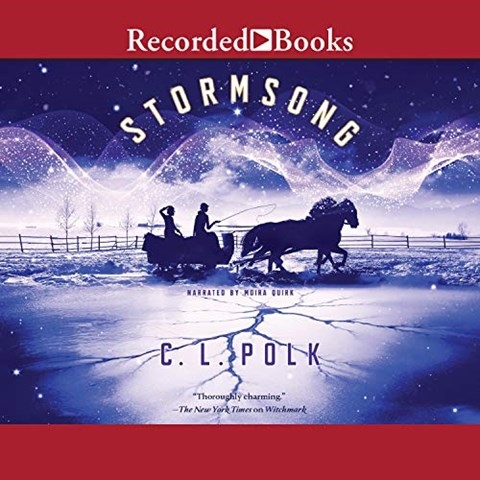 Moira Quirk narrates a fantasy novel involving the consequences of politics. Dame Grace Hensley has the opportunity to right the course of her country, or not, but either choice will come at a devastating cost to her family. Quirk's portrayal of Grace is bright and smart, reflecting her station in society as well as her position in government. Journalist Avia Jessup is similar to Grace, although her father was in trade, and Quirk's portrayal of her is ever so slightly more brittle and tart as a result. Sevitii an Vaavut, a Laneeri diplomat, is portrayed with a noticeable accent by Quirk as a nod to the fact that she doesn't speak the same language as the rest of the characters. K.M.P. © AudioFile 2020, Portland, Maine [Published: APRIL 2020]