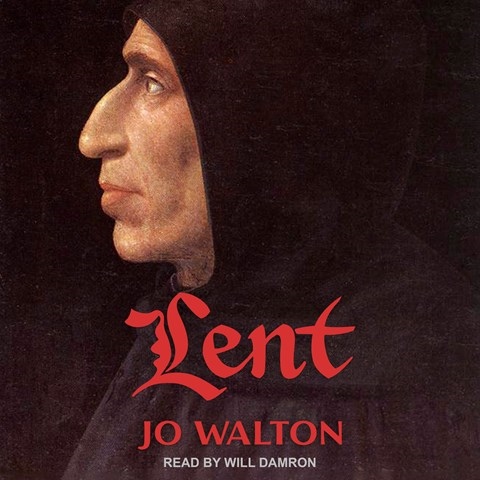 by Jo Walton | Read by Will Damron

Early Renaissance Dominican friar Girolamo Savonarola is usually painted in histories as a fierce preacher and killer of demons who was excommunicated and made a martyr. He struggled with the sin of pride. In the first half of this audiobook, narrator Will Damron portrays him as a neutral presence with a flat voice and flat personality, but his false humility as he goes about doing "God's work" is made clear. Imagine Savonarola's surprise when he goes to hell instead of heaven. During the rest of the audiobook, Damron follows Savonarola through several alternate universes, in which he displays more varied personalities as he tries to change his fates. Damron has the opportunity to depict a range of historical characters, including King Charles of France and Christopher Columbus. J.E.M. © AudioFile 2020, Portland, Maine [Published: APRIL 2020]