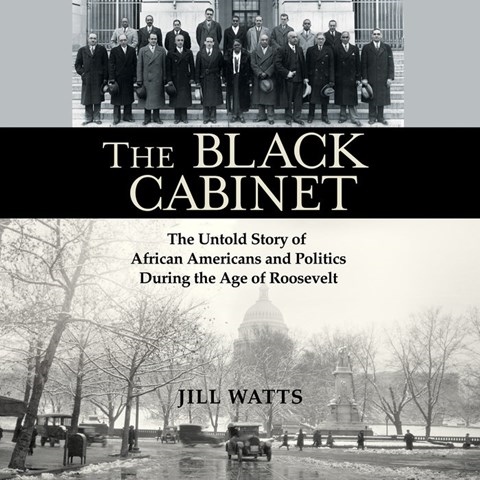 Golden Voice narrator Bahni Turpin delivers "The Untold Story of African Americans and Politics during the Age of Roosevelt." This sweeping history covers the early twentieth century through the end of FDR's administration, including the New Deal and the WPA. Tirelessly, Turpin describes the lives and political careers of educator Mary McLeod Bethune, economist Robert Weaver, newspaper publisher Robert Vann, and other prominent Black intellectuals in government, federal positions, and politics. Adopting crisp and precise diction, Turpin barely differentiates quotations and documents from the historical discussion, making it difficult to separate narrative from analysis. As a result, this steady, uninflected, and unemotional reading on the state of civil rights, discrimination, and violence against African-Americans in mid-twentieth-century America, while appropriate, is sometimes tedious. M.B.K. © AudioFile 2020, Portland, Maine [Published: AUGUST 2020]