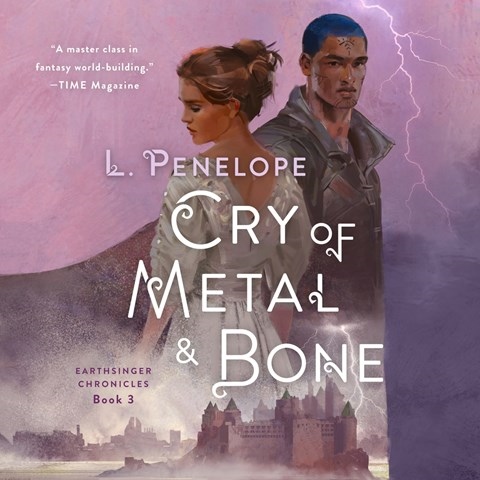 Allyson Johnson narrates Book 3 of the Earthsinger Chronicles, a fantasy with romantic elements. As the people of Elsira struggle to come to terms with their new reality after the fall of the Mantle, some who are dissatisfied ally themselves with enemies of the new king and queen. Many characters from the first two volumes return, and many more are introduced, making for a large cast, which Johnson capably navigates, keeping portrayals distinct and consistent. The four storylines are always easily distinguished. Sadly, though, what seemed like sensible accent choices made previously are now proving to diverge from the internal logic of this world, but Johnson is to be commended for choosing consistency and continuity. K.M.P. © AudioFile 2020, Portland, Maine [Published: OCTOBER 2020]