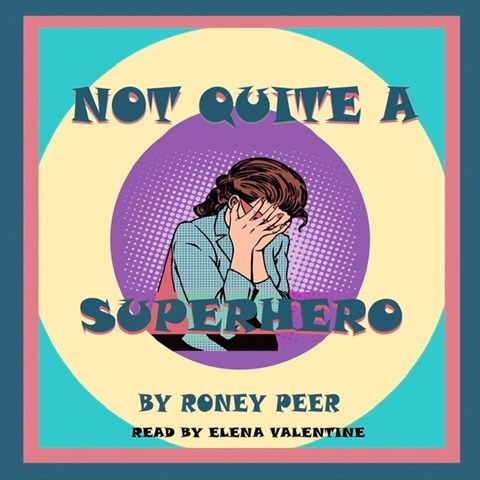 NOT QUITE A SUPERHERO Static Alice, Book 1

Narrator Elena Valentine introduces 30-something Alice Carter, who has spent a lifetime hiding her genetic oddity: When she touches anything, including people, she causes a painful shock. Listeners will be aghast when Carter uses this ability to immobilize a band of bank robbers. Valentine portrays Alice as an endearing woman who, not surprisingly, leads a solitary life. When she meets Adam Warner, she learns he wants revenge on her father, who suffers from the same genetic malady, which resulted in his accidently killing some of Warner's family. Alice teams up with a London police force that also has unusual afflictions that add to their skill when they search for Warner. Valentine's talent makes each individual's unique voice believable and helps make the unconventional story plausible. S.G.B. © AudioFile 2020, Portland, Maine [Published: OCTOBER 2020]