Home»Reviews»I HAVE SOMETHING TO TELL YOU 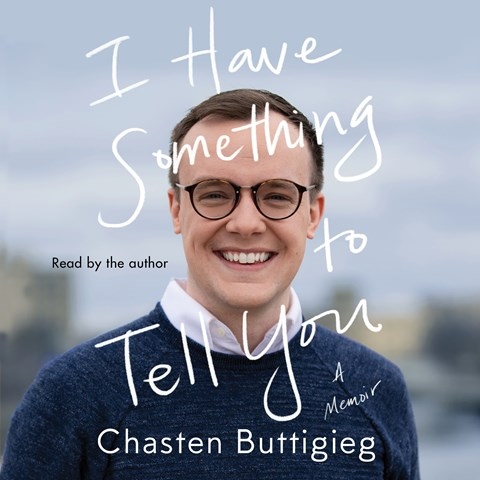 I HAVE SOMETHING TO TELL YOU

Chasten Buttigieg offers an engaging behind-the-scenes look at his life before and after becoming known nationally as Pete Buttigieg's husband during the South Bend, Indiana, former mayor's 2020 presidential campaign. Whether ardent follower, keen observer, or relative newcomer, the listener, regardless of political stripe, can appreciate Buttigieg's affable, approachable personality. Born near Traverse City, Michigan, he grew up with family in nearby Grawn. His conversational narration invites familiarity as he talks about childhood attempts to fit in with his conservative community and the challenging journey that led to his passion for education and self-acceptance as a gay man. Buttigieg is also candid about how his marriage has evolved on and off the campaign trail. This heartfelt memoir balances reflection and humor with a growing political consciousness. J.R.T. © AudioFile 2020, Portland, Maine [Published: DECEMBER 2020]