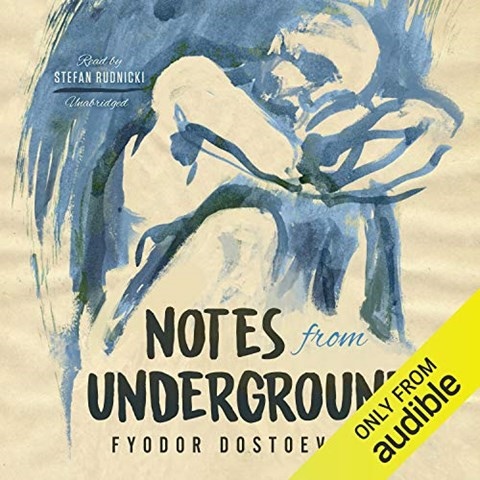 Narrator Stefan Rudnicki brings his pleasingly gravelly voice and considerable skill to Dostoevsky's antiheroic short novel, a book as studiedly discomforting as it is important to the dysphoria of twentieth-century literature. He demonstrates intelligence and professional ability throughout; his natural-sounding pacing and matching of tone and turn of phrase to sense are rooted in an understanding of the text. He's perhaps at his best in the first part, a monologue he turns into a one-man drama, effective not least because he avoids the temptation to overdo the narrator's wandering rant. He brings enough but not too much emotion to a book that is mostly a highly charged tirade interspersed with bitter and painful dealings with others. An adept, understated performance of a troubling but important book. W.M. © AudioFile 2020, Portland, Maine [Published: DECEMBER 2020]