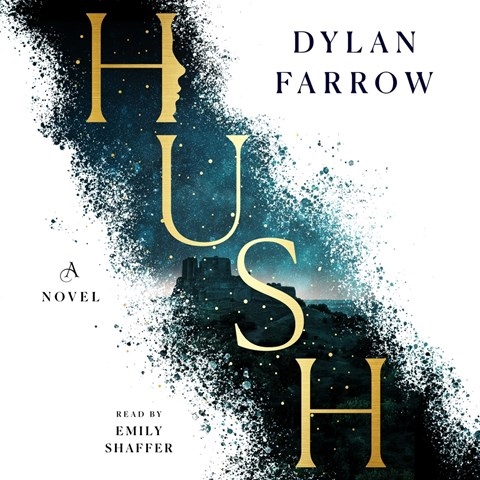 Dylan Farrow's powerful teen fantasy, the first in a series, immerses listeners in the afflicted world of Montane, where a group of male magic-wielders called Bards controls resources and curtails the use of the written word. Narrator Emily Shaffer creates nuanced characterizations of the townsfolk and Bards. Shae, an ostracized teenager living with her mother on the edge of town, seeks justice for an unspeakable crime. As she draws strength from developing her gifts and finding answers, Shaffer skillfully shifts her tone to convey Shae's fraying trust toward those alleging to protect her. The author reads an afterword speaking to the shared trauma many face at the hands of influential people and institutions. This compelling production will leave listeners eagerly anticipating the next installment. J.R.T. © AudioFile 2020, Portland, Maine [Published: DECEMBER 2020]