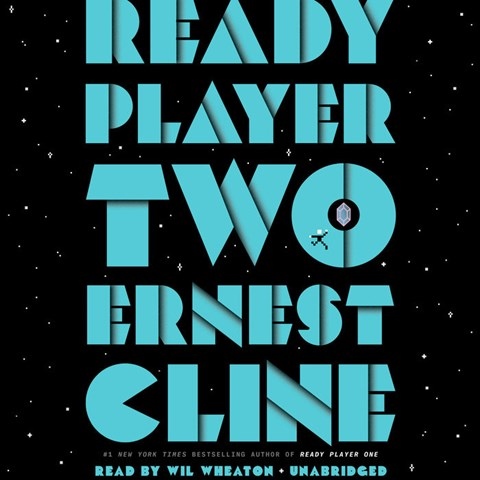 Narrator Wil Wheaton returns in this much anticipated sci-fi sequel full of nostalgic romps through 1980s pop culture. Wade Watts has just discovered James Halliday's greatest invention yet, which has the potential to make the virtual utopia called the Oasis even more addictive. With its release comes a new quest involving the catalog of John Hughes movies, Tolkien's SILMARILLION, and several iterations of His Royal Badness himself, Prince. Wheaton deftly modulates between exaggerated enthusiasm and wryness, both of which amplify the absurdity, the wonder, the hilarity, and the horror of millions of lives being at stake on Wade's ability to find this newest Easter egg. Wheaton's high energy and intensifying pace will hook listeners to the very end. A.K.R. Â© AudioFile 2021, Portland, Maine [Published: JANUARY 2021]