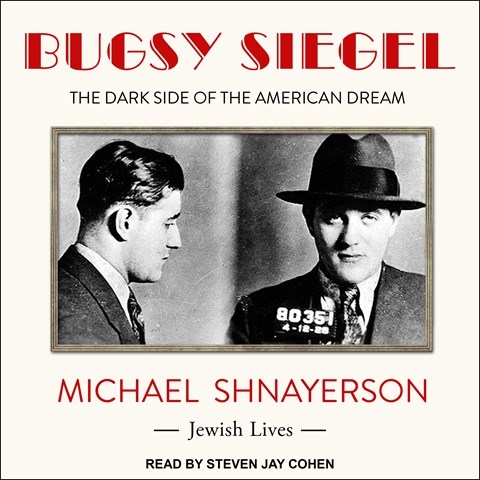 Shnayerson's brisk and absorbing profile of the brief, violent life of Bugsy Siegel, son of Ukrainian-Jewish immigrants, is afforded a warm, sensitive narration by Steven Jay Cohen. Siegel--gangster, bootlegger, and murderer--is humanized by Cohen's youthful, quiet performance. His narration is intoned with the occasional Yiddish accent, presented subtly. Insightful research on the suspects who may have murdered Siegel at his home in Beverly Hills in 1947 is discussed. Listeners will learn a lot about the relatively unknown roles of twentieth-century Jewish gangsters whose deeds and misdeeds led to business innovations such as the luxurious casinos and affiliated hotels of Las Vegas. W.A.G. © AudioFile 2021, Portland, Maine [Published: MARCH 2021]