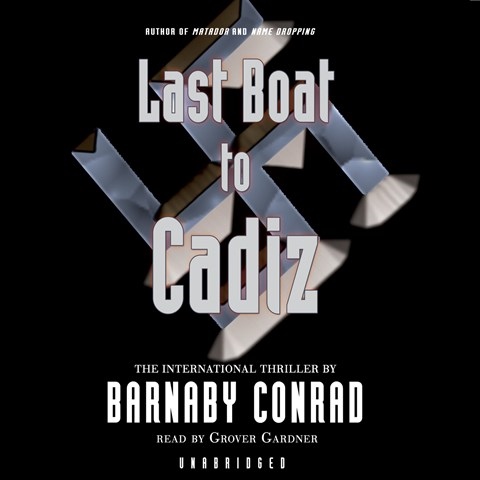 May 3, 1945. Hitler is reported dead; the Third Reich is collapsing. Amid the chaos, a murderous high-ranking Nazi is escaping through Franco’s Spain. Only Wilson Tripp, American vice consul of the city of Seville, can discover the man’s identity and the secret he possesses. Grover Gardner fluidly commands German, Boston-Irish, Gypsy, French, and Spanish accents. Gardner’s diction is immaculate. His voice is elegant and grandly resonant. Between interludes of evocative Spanish guitar music, the intrigue swells, recedes, and swells again. Conrad’s diverse characters and intense drama are wonderfully enhanced by Gardner’s portrayal. K.A.T. Winner of AudioFile Earphones Award © AudioFile 2005, Portland, Maine [Published: FEB/ MAR 05]