Home»Reviews»HEROES, GODS AND MONSTERS OF THE GREEK MYTHS 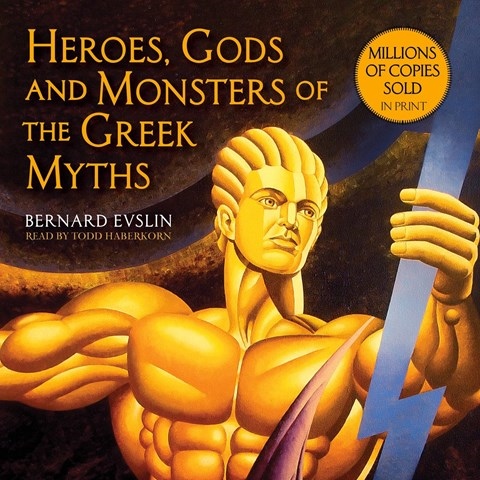 HEROES, GODS AND MONSTERS OF THE GREEK MYTHS

This audiobook is a great way to learn about Greek mythology for the first time or as a refresher. Bernard Evslin’s writing style and Todd Haberkorn’s narration are perfectly matched, and the result is straightforward, bare-bones, dryly humorous, and mysterious. Haberkorn’s subtle characterizations capture the essence of each Greek god—from the all-powerful Zeus to the seductive Aphrodite—as they play their wicked games with the each other and with humans. Some of the stories feature terrible acts, yet Haberkorn’s voice holds just enough wry humor to reflect the gods’ capricious ways. Audio is a great way to hear the pronunciation of the Greek names while learning how these stories and characters have influenced Western culture. M.M.G. 2015 Audies Finalist © AudioFile 2014, Portland, Maine [Published: JUNE 2014]