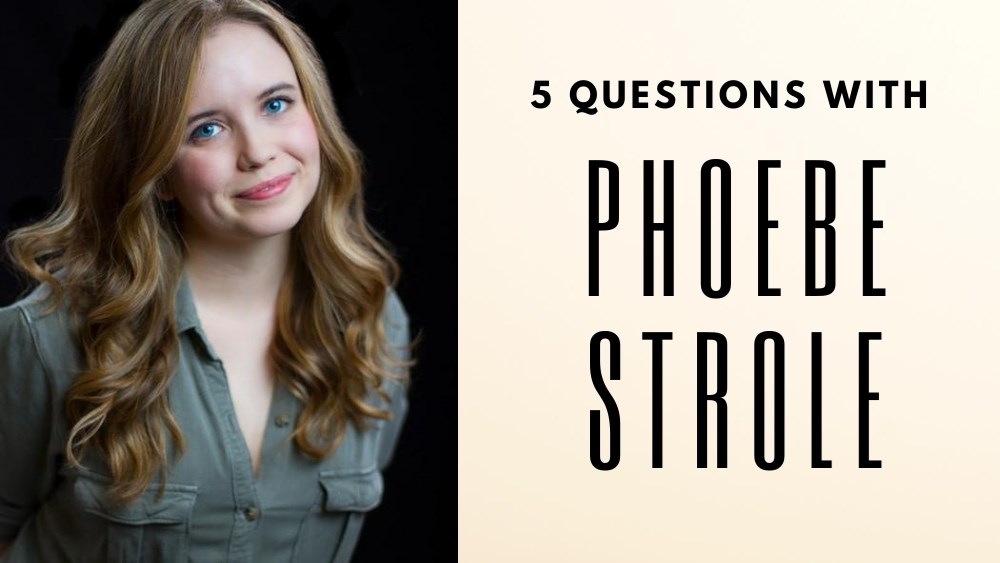 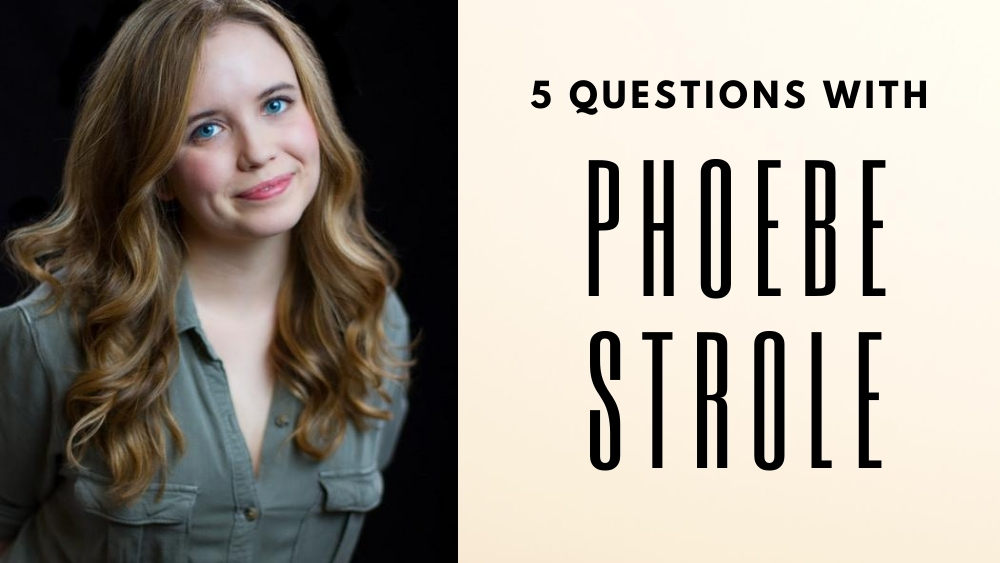 I’m thrilled to welcome Phoebe Strole to this month’s Take 5 audiobook narrator spotlight. I’ve been a fan of Phoebe’s work for a few years now, and though she has adult fiction and nonfiction titles on her résumé, I think of her as one of my go-to narrators for middle grade and young adult audiobooks.

Her youthful, but not childish, inflections enrich stories about children and teens. At the same time, Phoebe conveys the full emotional intensity of the action or issues at hand. The following recommended audiobooks include some of my favorite examples of her vocal skills. 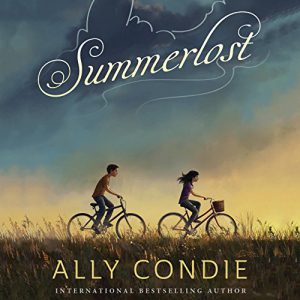 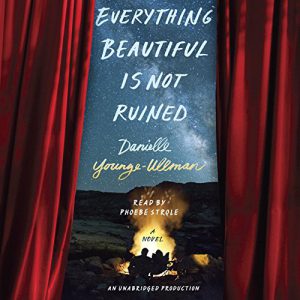 Ally Condie’s SUMMERLOST is directed to a middle grade audience, but the issues explored in this audiobook—grief and wanting to belong—are ageless. The summer after 12-year-old Cedar loses her father and brother in a car accident, she moves with her mother and surviving brother to a small town, in the hopes that a temporary change of scenery will help them heal. Phoebe’s performance underscores Cedar’s slow reawakening to friendship and hope for the future.

EVERYTHING BEAUTIFUL IS NOT RUINED by Danielle Younge-Ullman is told through Ingrid’s eyes via a mix of first-person narrative and her letters home from a wilderness survival camp for troubled teens. Ingrid has agreed to the horrors of camping only as part of a deal she made with her mother to let her finish out high school in London. Phoebe perfectly conveys the range of teenage drama as Ingrid works though her relationship with her mother and finally discovers her own strengths. 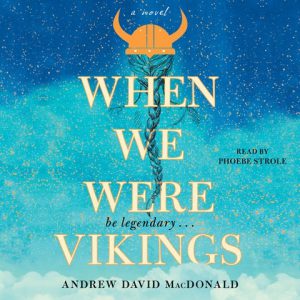 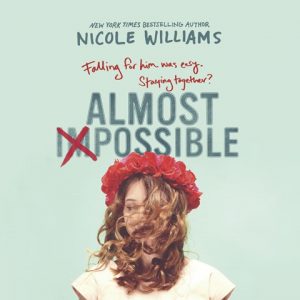 One of the don’t-miss audiobooks of the year is Andrew David MacDonald’s WHEN WE WERE VIKINGS, about Zelda, a young woman who was born with fetal alcohol spectrum disorder but is nonetheless determined to live an independent life. Phoebe’s performance captures the emotional core of this coming-of-age story and enhances each character’s personality and situation. Her sensitive delivery of Zelda’s viewpoint is spot-on, creating an unforgettable listening experience.

Nicole Williams’s ALMOST IMPOSSIBLE is about the teenage daughter of a rock-star mother who opts for a summer of normality and stability by staying with her aunt in California. Jade, however, wants more than her own bedroom; she wants to find her birth father. What she discovers along the way is a little romance with the boy next door. Phoebe gives the teens a measure of appropriate sass and sarcasm but is equally adept at portraying young love, hurt feelings, and changing expectations. 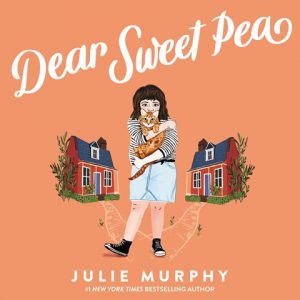 Middle school is rough, but Sweet Pea is having trouble handling everything life is throwing at her. DEAR SWEET PEA by Julie Murphy tells the young teen’s story: how she copes after her parents amicably divorce, her father comes out as gay, and new and old friends compete for attention. Phoebe balances the funny parts of the audiobook with the more serious issues, emphasizing the complexities of Sweet Pea’s situation and the consequences of her actions.

Have you finished downloading your next Phoebe Strole audiobook? Good, because now is the time to learn more about the woman who brings these stories and so many more to life. I’m grateful that Phoebe graciously agreed to Take 5 and answer a few questions for us fans.

Phoebe Strole: I wish I had known how physical the job is. I’m a trained singer and actor, so I assumed I would sit down and comfortably read a book for six hours, no biggie. I was wrong. My first book felt like trial by fire. It’s a deceptively physical job, with its own technique. Posture, breath work, tongue gymnastics, noticing and releasing tension, all while mentally and creatively engaged in the story and characters. Now that I think of it, I should ask for more money.

PS: I asked my husband how I should answer this question, and he said, “You leave cabinets open.”

PS: I don’t think I’m alone in the world of narrators when I say the answer is farts.

PS: I have a rigorous beverage regimen when I’m working. At the beginning of the day, it’s all about warmth. I need a coffee or espresso to clear out the brain cobwebs, then warm tea with honey (herbal or black, depending on how well the coffee worked), and a big bottle of room-temperature water. When I am recording, I always chase a sip of tea with a sip of water because sometimes tea can make my mouth feel dry. Throat Coat is the vocalist’s go-to and doesn’t have the drying effect, but I’ve consumed so much Throat Coat in my day that now just the smell of it makes me nauseous. At lunch, it’s water or tea, and never a carbonated drink, for my engineer’s and editor’s sake. Toward the end of the day, when my throat is feeling tired, it can help to alternate cold water with warm tea on my breaks. For the most part, it’s all about water. Water, water, water. Once the day is over, whiskey on ice or a bracingly cold martini is the perfect anesthetic.

AF: What do you always wear in the recording booth?

PS: Elastic waists only! I learned very quickly how godawful jeans are for me to wear while seated in a booth all day. I can’t get that deep diaphragm breath, and it constricts my guts, which can be painful. I will roll up to Penguin Random House’s corporate office building in midtown in sweatpants if it’s what I need to feel comfortable all day, physically and mentally. Also, shoes I can easily slip on and off (with socks on, of course) to maximize my comfiness potential.

Thanks so much, Phoebe, for visiting with us today. I’m sure you’re right that all audiobook narrators have had moments of unwelcome sounds in the recording booth! Your beverage schedule is impressive, and I’ll join you any time for either an espresso or (better?) a whiskey or martini.

For even more audiobooks narrated by Phoebe Strole, browse her audiography.